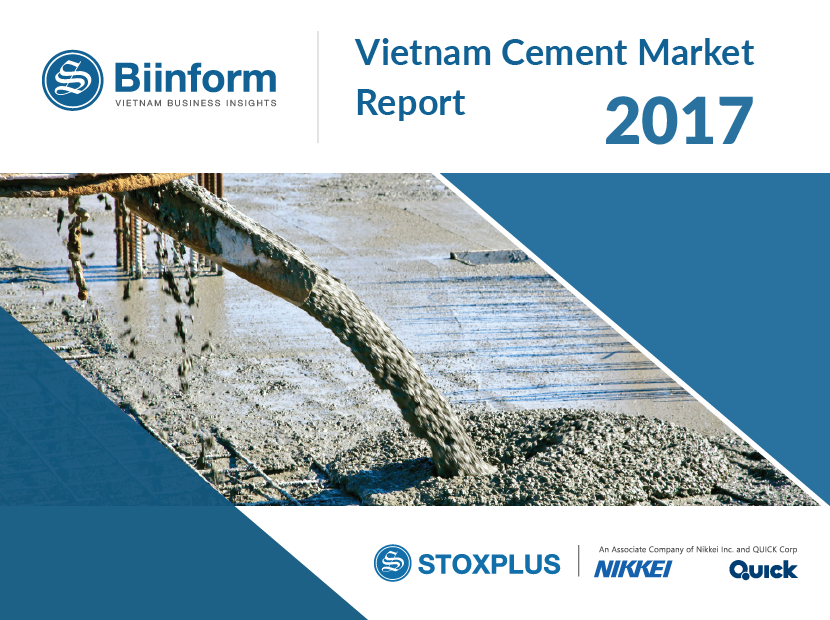 StoxPlus is pleased to introduce the latest Vietnam Cement Maket Report 2017, our sixth issue on this sector. Since 2012, the series provide a timely, in-depth look at every major aspect of cement market in Vietnam. Building on the insights delivered in StoxPlus’ 2012 report, we have work hard to sift through the complicated forces that buffeted cement market in 2016 and continue to shape them in 2017.

What’s new in this issue? Our view of the 2017 Vietnam Cement Market must take into account not only the comprehensive analysis of the market itself but also the precious feedbacks from our clients. Market indicators clearly point to stronger oversupply activity across country in 2016. More aspects are focused such as end-users demands and domestic supply capacity with highlights and price of cement in Vietnam. Information covered includes market size and potentiality, competition dynamics and profiles of major key end-users and major players.

Cement consumption growth rate slows: Cement market in Vietnam recorded the total consumption reached 76.9mn tonnes in 2016, of which, domestic cement contributed 59.8Mt at the end of the year. Despite the domestic market expanded healthily with a YoY growth rate of 7.3 per cent, the export witnessed the negative growth recently.

Vietnam supply surplus is rising alarmingly: At the end of 2016, there are total 93 cement plants in Vietnam with total production capacity of 100.3 million tonnes per annum. But 60% of total number of existing cement facilities has capacity less than 1 million tonnes per annum amongst 62 owners, presenting the low utilization rate of 60%. Despite healthy domestic market, Vietnam is expected to face with continuous supply surplus before reaching the equilibrium in 2029 at 156 million tonnes of cement.

Strong long-term fundamentals in construction sector: Not surprisingly, cement market in Vietnam is still promising destination supported by sustainable demand including demand from construction growth and urbanisation in big cities. The lack of infrastructure in terms of transportation such as roads, bridges, industrial pars is undeniable. The market is waiting for more quality office spaces, and now the luxury housing segment continues the popular segment. We have also seen high demand from “affordable” housing surging on the back of golden population and the limited supply.

New government regulations on mining and exporting natural resource: Vietnam cement is facing the new tax export tariff – 5% which may reduce the competitiveness of Vietnamese cement.  China and India were the main competitors in exporting cement. Particularly, China has actively launched low-priced cement given its overcapacity since 2016, challenging exporters from Vietnam. In addition, new VAT reimbursement policy is expected to blow away the key competitive advantage of Vietnam clinker and cement which is low price. 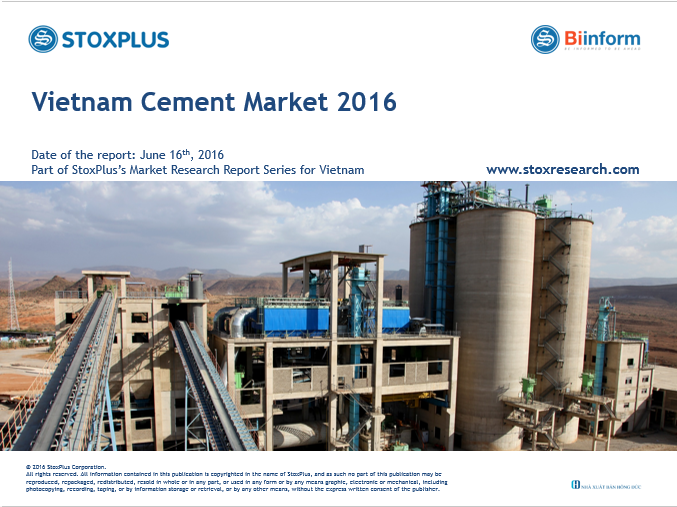 StoxPlus is pleased to introduce Vietnam Cement Market 2016 Report, the first and only issued on this industry. This report presents a board range of topics, both sector-specific... 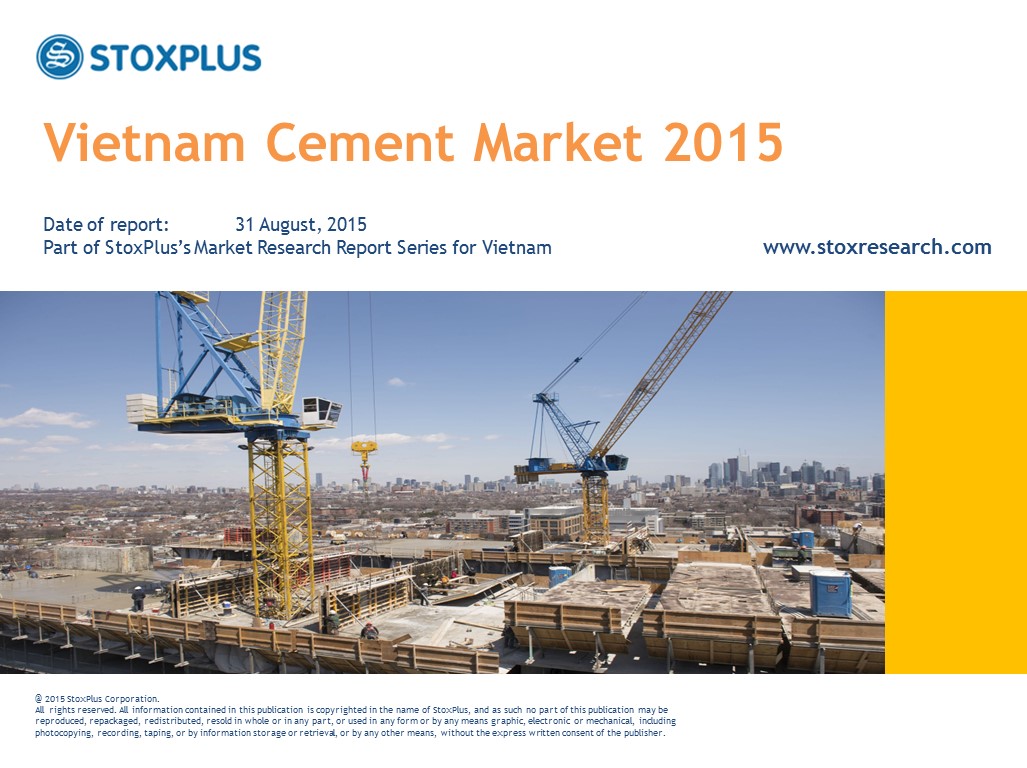 Vietnam cement market would reach the equilibrium by 2022 at our base case scenerio of 7% growth rate, according to StoxPlus's report 2015. Despite the strong growth of domestic... 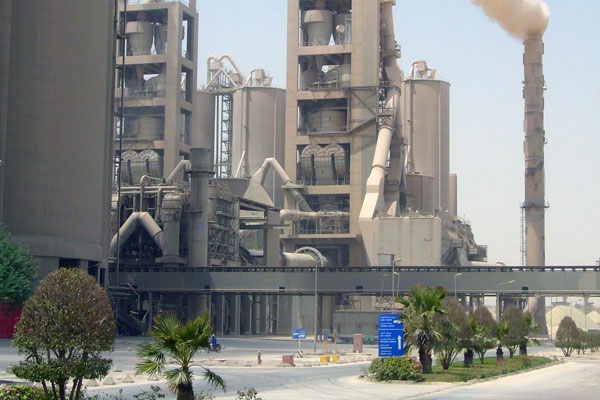 Vietnam cement market would reach an equilibrium by 2026 in our base case forecasting, according to StoxPlus' report 2014. Based on analysis of macroeconomics and cement demand... 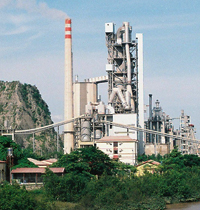 While cement demand continues to be weak in 2012 and 2013, capacity increased rather quickly. 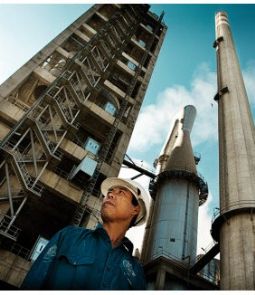 Although the cement supply surplus is a main news headline recently, Vietnam would have a lack of cement from 2014 financing the country infrastructure developments. 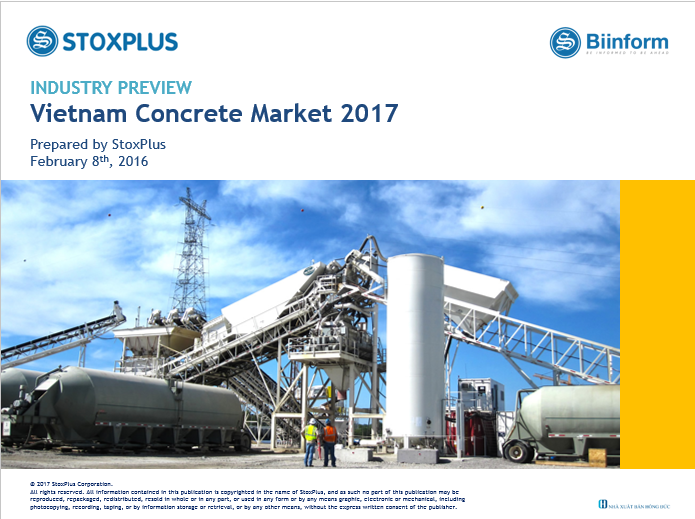